They’re calling them è‡ªç”»è‡ªè³›, jigajisan, or tooting one’s own horn. The first three (conducted in conjunction with the Yomiuri Shimbun) are on Tokyo hotels people want to stay in, foreign cars people want to ride, and favourite coffee shops. I’ll be Twittering them for your enjoyment. 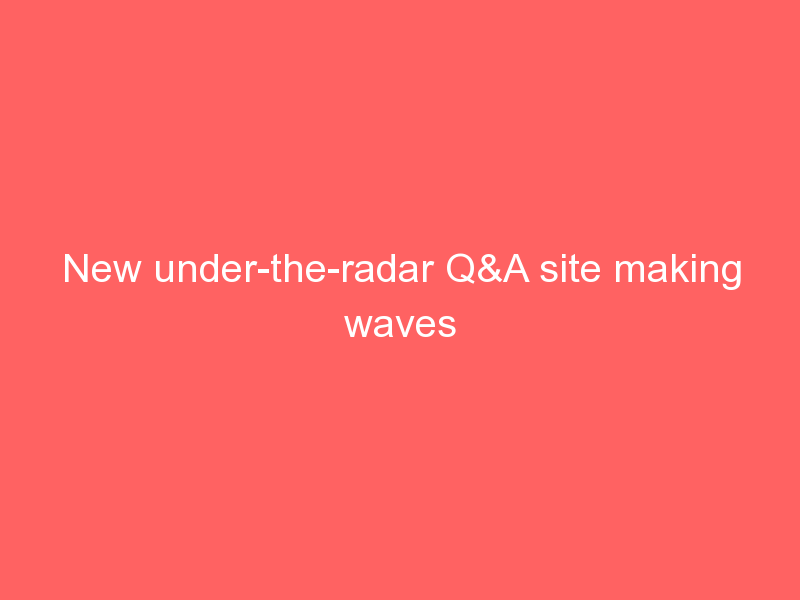 There was a short report on IT Media about a new female-oriented site that is threatening to break into the big time. This under-the-radar idiom is ãŠåŒ–ã‘ã‚µã‚¤ãƒˆ, obake saito, or ghost/monster site. At least I hope that’s what the meaning is! The site is entitled ç™ºè¨€å°ç”º, hatsugen komachi, or in Read more…

The 15th of August this year marked the 63rd anniversary of the surrender of Japan. To find out what young people think of war, goo Research, in conjunction with the Yomiuri newspaper performed a survey on this topic.

Between the 23rd and 25th of July 2008 534 members of the goo Research monitor panel completed an internet-based questionnaire. The sample was mixed male and female, and ages between teens and those in their thirties. More detailed information is not given

Note that this report is just an excerpt of the full survey, thus some of the results raise more questions than they answer. Why do the majority of young Japanese not see peace lasting? Do they fear external sources like North Korea and China, or internal sources like terrorism – homegrown or imported – or a renouncement of Article Nine, the part of the constitution that forbids Japan from having an offensive army?
END_OF_DOCUMENT_TOKEN_TO_BE_REPLACED 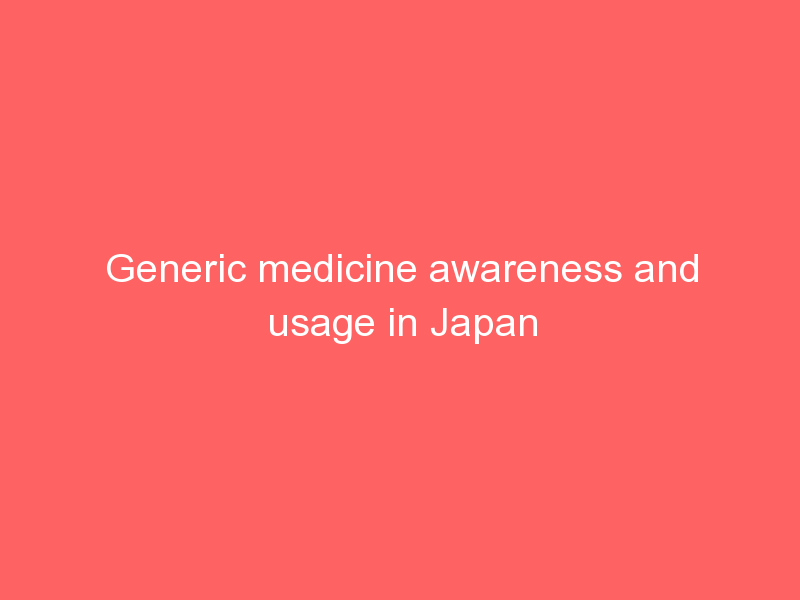 Over the end of May and the start of June 2008 1,010 members of the goo Research monitor panel aged forty or older completed a private internet-based questionnaire. More detailed demographics were not given.

Since I wrote this initially, my medicine’s patent has expired, so now I get the half-price generic, and for other medicines too I always tick the preference for generic.

Here’s an advertisement that often appears that asks people to pluck up the courage to ask the quack for an alternative.

END_OF_DOCUMENT_TOKEN_TO_BE_REPLACED With the G8 summit starting next week and most of Japan in lock-down mode, it is quite timely to look at this survey from goo Research, conducted in conjunction with the Yomiuri Shimbun (their 84th joint survey, just in case you’re interested), into the G8 Hokkaido Toyako Summit.

In the middle of June 1,088 members of the goo Research online monitor panel aged 18 or over completed an internet-based questionnaire. No further demographic information was provided.

There is definitely an over-the-top police visibility even here in Kansai, well away from the venue; even though we had foreign minister and environment minister meetings here last month, if anything the policing has got more visible since they finished. I don’t share “The sky is falling!” panic that many fellow foreigners (and ex-foreigners) are in, and I’m glad that they are being strict at immigration regarding the anti-G8 demonstrators with their worthless press credentials handed out by the organisers of anti-G8 protests.
END_OF_DOCUMENT_TOKEN_TO_BE_REPLACED 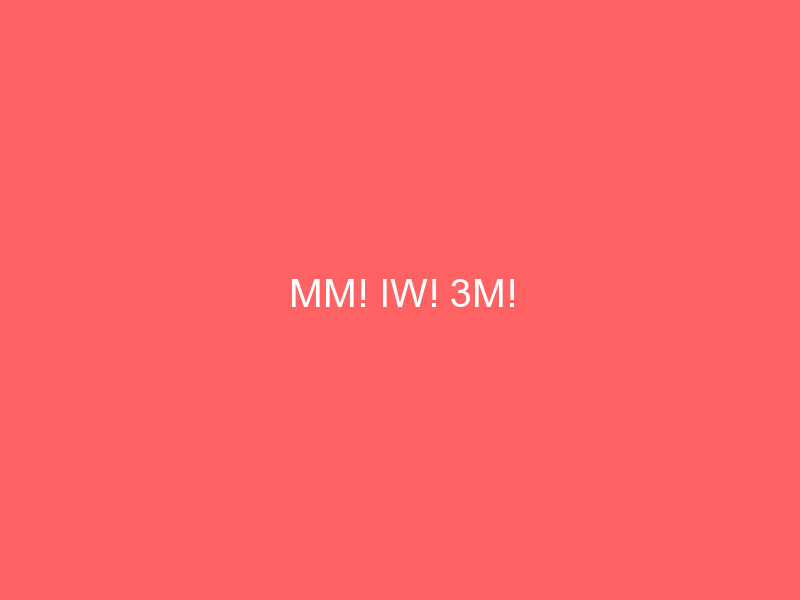 Ahh, the youth of today! If it wasn’t hard enough to follow Japanese in the first place, the kids are using romaji (roman alphabet) abbreviations that make LOL, BRB and CUL8R seem so simple. This survey from goo Research in conjuction with the Yomiuri Shimbun into in-vogue abbreviations looked at their use and abuse.

Between the 25th and 28th of March 2008 533 young people from the goo Research monitor panel completed a private internet-based questionnaire. The report says there was a 1:1 male to female ratio, but that would leave one extra. The age split is not noted, but 35% of the respondents were students, 30% were full-time employees, and 11% were home-makers.

I think most foreign residents of Japan will have heard of KY at least; indeed, one of the best selling non-fiction books these days is a KY Dictionary!

When the survey questions mention “conversation”, I believe it is referring to spoken language, not email.

Q3 is probably wrong in many places, so I hope my readers can point me in the right direction!

Which annoys you the most?

END_OF_DOCUMENT_TOKEN_TO_BE_REPLACED With the source of the gyoza poisoning still to be determined, here’s a timely survey from goo Research in conjunction with the Yomiuri Shimbun into food safety.

Towards the end of January 2008, but before the poisoned gyoza scandal broke, 1,089 members of the goo Reseach monitor group completed a private online questionnaire. The age or sex breakdown was not reported.

The full survey would have been interesting to see, but goo Research sadly only reported three questions. An earlier survey from MyVoice on Chinese products provides a useful cross-reference.
END_OF_DOCUMENT_TOKEN_TO_BE_REPLACED As the second part of the survey published on Saturday into English study, this is a recent poll conducted by goo Research in conjuction with the Yomiuri Shimbun as part of their 13th Topi-Q Net survey into the matter of objectives for 2008.

Between the 21st and 25th of December 2007 549 young members of the goo Research monitor group completed a private internet-based questionnaire. The sex ratio was reported as 1:1 male to female, but there obviously was one odd person left over. The ages of the respondents ranged between teens to thirties, although the exact split is not reported. 40% of the sample were students in either secondary or tertiary education, 28% were full-time employees, and 12% homemakers, with the other 20% presumably made up of part-timers, NEETs, etc.

It’s a bit depressing, I suppose, than in Q1SQ1 only one in ten is going to make 2008 the year of love, with far more people likely to have their nose stuck in a book rather than anywhere else. At least, however, there was a decent degree of positive reflection on the year past, with almost half rating the past year at 70 out of 100 or more.
END_OF_DOCUMENT_TOKEN_TO_BE_REPLACED

I am always amazed at quite how high the desire to learn English is in Japan, as despite at least 5 years in school ability levels are pretty atrocious on the whole, and even given Nova’s demise there seems to be no fall-off in the popularity of study. This recent poll conducted by goo Research in conjuction with the Yomiuri Shimbun as part of their 13th Topi-Q Net survey into the matter of English showed youth keen to learn more.

Between the 21st and 25th of December 2007 549 young members of the goo Research monitor group completed a private internet-based questionnaire. The sex ratio was reported as 1:1 male to female, but there obviously was one odd person left over. The ages of the respondents ranged between teens to thirties, although the exact split is not reported. 40% of the sample were students in either secondary or tertiary education, 28% were full-time employees, and 12% homemakers, with the other 20% presumably made up of part-timers, NEETs, etc.

In Q1SQ, I thought it interesting that it was chance encounters with foreigners in the street or on holiday that was more of a reason to learn English when compared to other situations such as communicating better with foreign friends or dare I suggest looking for an exotic partner. I’ll also throw Q2 back at my readers.

Which aspect of Japanese do you feel is the most difficult?

END_OF_DOCUMENT_TOKEN_TO_BE_REPLACED 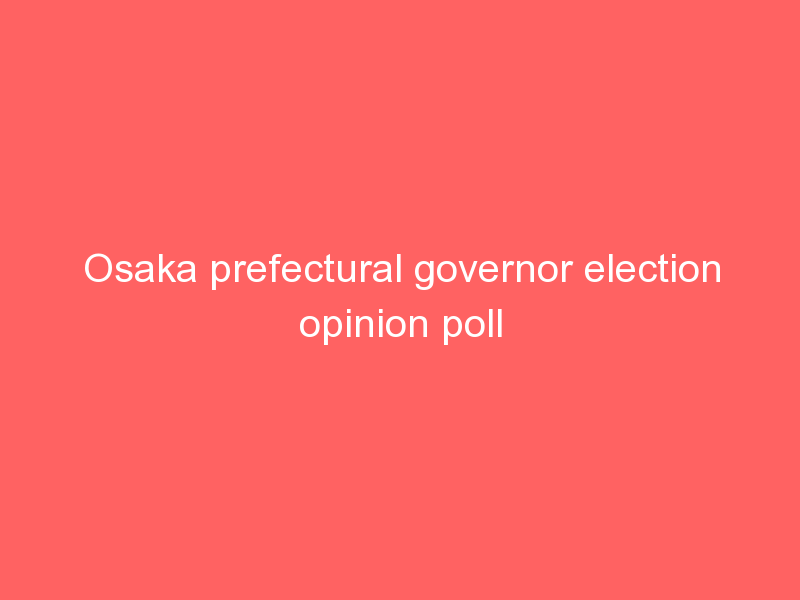 As I work in the Osaka area, the outcome of the Osaka prefectural governor election (this Sunday 27th January 2008) will have some effect on me, and with some guy off the telly as the front-runner, I sincerely hope he won’t turn out to be another Hideo Higashikokubaru (Sonomanma Higashi) and appear on the box every night. In his defense, I saw that over the first year of his governorship he has been credited with giving the local economy a 100 billion yen (1 billion US dollar) boost

The first figure that the report from the Yomiuri Shimbun picked up on was the intention to vote. A healthy two in three said they would definitely turn out, with slightly more men that women saying they would vote. By age group, 78% of the over-seventies would definitely be voting, with 69% of those in their fifties would also definitely vote. However, only 43% of those in their twenties had definite plans, although another 49% said they’d try to vote, making 92% in total of all young people who might participate in the vote.
END_OF_DOCUMENT_TOKEN_TO_BE_REPLACED