Although otaku (nerds, basically, of manga comics and anime in the main, though not exclusively) are not shunned by polite society these days, 30 years ago in the Showa era it was a different kettle of fish. This survey from goo Ranking sheds some light on common knowledge from 30 years ago that is unbelievable today.

Note that the demographics for the survey is for people who at the most would have been ten years old 30 years ago and have grown up with manga and anime being mainstream, so perhaps they were hearing much of this common knowledge for the first time when answering the question.

Also note that although manga and anime are the main focus, computer otaku are also covered by some of the questions.

In number 2, most foreigners seem to still use the term Yaoi, but I’d never heard of Doujinjo, so I wonder how much they were reacting to the second term rather than the first, or is it just my lop-sided knowledge?

In number 12, I have absolutely no idea what sanding down varnish has to do with anything or why people can not believe that was done.

I searched for vintage manga and this came up: 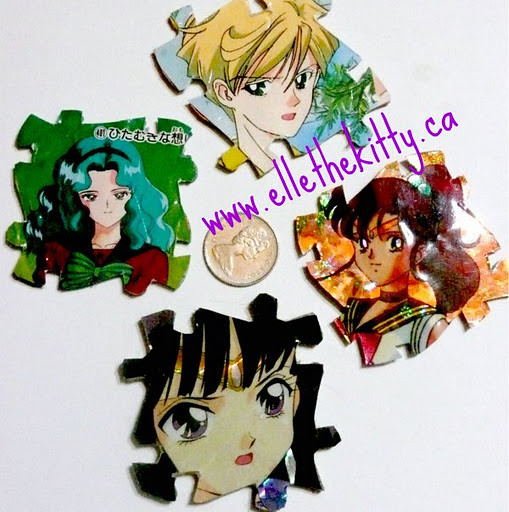 END_OF_DOCUMENT_TOKEN_TO_BE_REPLACED

What you never wanted to know about female otaku

This survey starts off entertaining, but towards the end it gets a bit odd, perhaps due to my poor translation of some of the terms… I hope that doesn’t spoil this look at what things Japanese people didn’t want to learn about female otaku.

Note that the “favourite” here could be either a real person like a comic artist, or a 2D character from a favourite author.

Number 2 might be a disappointment to many of my readers! Number 6 was the one for me that I didn’t want to know.

These three probably qualify as female otaku, for their own particular brand of fashion: 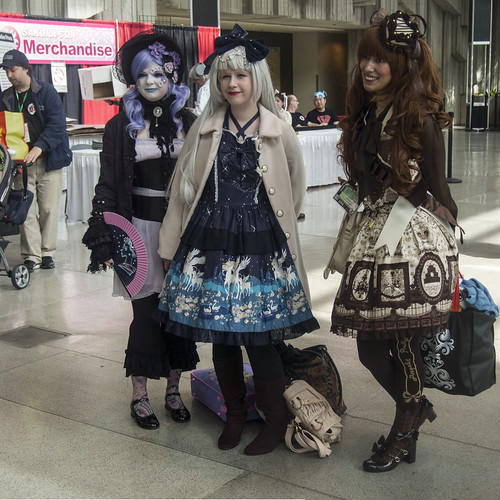 END_OF_DOCUMENT_TOKEN_TO_BE_REPLACED

What makes people think someone might be an otaku

goo Ranking recently published a look at what makes people think someone might be an otaku, a geek/nerd too interested in games or anime.

goo Rankings asked iBRIDGE’s Research Plus to conduct this survey, where between the 10th and 12th of February 2015 500 members, 50:50 male and female, of their monitor group completed a private internet-based questionnaire. No further demographics were given.

Spot the otaku in this group! 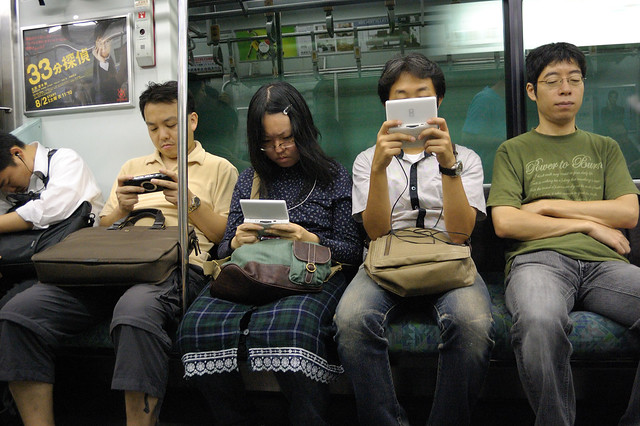 Number 4 doesn’t really make sense to me, although I suspect it might be related to the manga genre BL, Boys Love and givers and receivers… Perhaps some otaku readers can help me out!

Number 13 might refer to this story, as I believe the special offer packets were limited to convenience stores.

For 16, what is the secret behind blue vinyl bags?
END_OF_DOCUMENT_TOKEN_TO_BE_REPLACED

Over one in three Japanese self-identify as otaku

There were actually two surveys conducted. The first had a sample of 1,843 men and women aged from their teens to 49 years old, and the second involved a subset of 335 people from the original sample (I think – it is not too clear) who had identified themselves as otaku in Q1.

Although the demographics are confusing, there does seem to be an indication that the eldest child is an otaku. There is perhaps a reason involving Japanese family structure, but what that might be I have no idea! I welcome any wild speculation from my readers!

These holy grounds are the real life locations represented in various anime and manga; for instance, here is their entry for the hot springs and hotel in Sprited Away/Sen to Chihiro no Kamikakushi.
END_OF_DOCUMENT_TOKEN_TO_BE_REPLACED

When one otaku annoys another otaku

goo Ranking’s latest bit of levity is this look at what otaku behaviour might annoy other otaku.

Over the 18th and 19th of February 2011 1,097 members of the goo Research online monitor group completed a private internet-based questionnaire. 67.6% of the sample were female, 6.8% in their teens, 21.0% in their twenties, 32.1% in their thirties, 24.0% in their forties, 9.0% in their fifties, and 7.1% aged sixty or older. Note that the score in the results refers to the relative number of votes for each option, not a percentage of the total sample.

Not being an otaku (basically a geek or nerd) myself (honest!) I cannot really comment on this, but I can quite imagine that comic and animation freaks would get quite hot under the collar when they see people breaking the otaku code. Having said “otaku code”, I decided to search YouTube for the phrase, and this is what turned up:

END_OF_DOCUMENT_TOKEN_TO_BE_REPLACED

Another fun survey from goo Ranking looked at what kind of otaku girlfriend it would be fun to have.

Over the 21st and 22nd of October 2010 1,075 members of the goo Research online monitor group completed a private internet-based questionnaire. 66.3% of the sample were female, 9.9% in their teens, 18.1% in their twenties, 30.9% in their thirties, 24.7% in their forties, 8.8% in their fifties, and 7.5% aged sixty or older. Note that the score in the results refers to the relative number of votes for each option, not a percentage of the total sample. This question is for the males only.

Looking at the answers, I’m surprised that cosplay came in as low as position 10. Perhaps the problem is that we hope for this: END_OF_DOCUMENT_TOKEN_TO_BE_REPLACED

How to spot an otaku and an otakette

Sillyness will be a day early this week, due to a more appropriate post due on Sunday and Monday! Here’s a great ranking survey from goo Ranking, one arm of the best online polling organisation in Japan, on what appearance makes a man appear like an otaku, and what makes a woman look like a otaku.

Over the 21st and 22nd of November 2007 1,101 members of the goo Research monitor panel completed a private internet-based questionnaire. 50.7% of the sample was female, 6.2% in their teens, 15.4% in their twenties, 30.2% in their thirties, 27.1% in their forties, 11.0% in their fifties, and 10.3% aged sixty or older. Note that the score reported is the relative number of votes each choice got, not the percentage of the sample that chose each option.

Particularly for the male answers, otaku has strong connotations of being an anime or manga freak, rather than the slightly more generic use of someone who’s heavily into any hobby, judging by the answers below!
END_OF_DOCUMENT_TOKEN_TO_BE_REPLACED