What Japanese think of Japan

The old chestnut of the four seasons appears at number two of the favourite things about Japan; at a superficial level it seems such a silly thing as many other countries have four distinct seasons, but Japan marks them much more clearly than certainly the UK. We maybe have summer holidays, autumn Halloween, winter Christmas and New Year, and spring Easter, but in Japan both equinoxes are public holidays, each season has their specific foods, everyone goes to view cherry blossoms and autumn leaves, return home for the New Year, and visit family graves over summer, and the television dutifully reports… Hmm, I’m not explaining this very well, so I’ll quit now! Anyway, here’s Japan’s four seasons in one image: 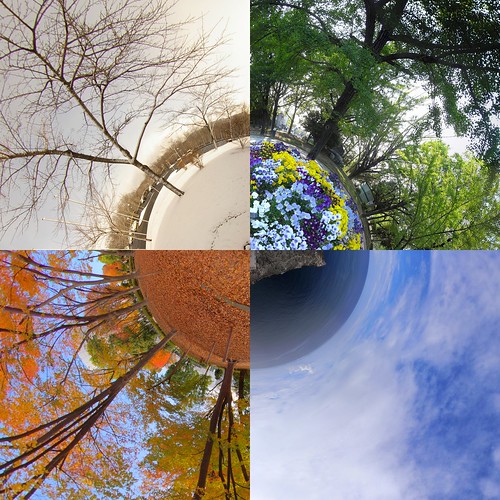 END_OF_DOCUMENT_TOKEN_TO_BE_REPLACED

What Japanese love about Japan

@nifty, an internet service provider and portal in Japan, conducted a survey into attitudes regarding Japan. Each question was made as a separate post, so I’ll include links inline.

Between the 15th and 21st of November 2013 5,264 members of @Nifty completed a private internet-based questionnaire. No further demographics were provided. When a friend came over to Japan recently I took him out to a basic restaurant for okonomiyaki (see the pic above), and he loved it. It was a pokey little place with just the one counter/hotplate and 12 seats, the chef cooking right in front of us, ciggie smoke clogging the air, ice-cold beer. He loved it, as did I, as I hadn’t been to such a simple, honest place for so long; before I got married, I used to frequent a local okonomiyaki shop, visiting at least once a week.
END_OF_DOCUMENT_TOKEN_TO_BE_REPLACED

Today’s survey is from not just Japan, but also from China, in a wide-ranging survey from Gallup International conducted into the matters of tourism, food safety, the environment, and the relationship between the two countries.

In the environmental questions in Q5, perhaps surprisingly China is more concerned than Japan about them, but when one looks at their particular worries, Chinese citizens are worried about the immediate threat from airborne and water pollution, this result being reflected in their distrust of their own food products.

I would like to visit the Great Wall of China and see the Terracotta warriors in their home settings, but I worry about being able to find veggie food and about the general level of hygene in the country.
END_OF_DOCUMENT_TOKEN_TO_BE_REPLACED

British in Japan and Japanese in Britain

The BBC just recently published a set of interesting statistics on British abroad and foreigners in Britian. Relevant to this blog are the number of British in Japan – about 23,000 – and the number of Japanese in Britain, 37,293 according to the 2001 census. This figure includes naturalised Japanese, Read more…

Social bookmarking not big in Japan

At the end of April, japan.internet.com, in conjunction with goo Research, looked into the usage of Social Bookmarking Services. They interviewed 1,069 people by means of an internet-based questionnaire. 43.2% of the sample was male, and the age breakdown was 2.6% in their teens, 21.6% in their twenties, 43.1% in their thirties, 24.4% in their forties, and 8.2% in their fifties.

I’ve used del.icio.us myself, but more as an attempted tool of promotion than as some sort of social affair. I get a very small amount of traffic (and in just one or two hits a day) from there and other services like furl and Technorati (RIP), although I do have a plan underway to get my own local tagging service up and running, perhaps this weekend.

Note that comparing figures with a survey last month on the state of RSS reader usage, although nearly four times as many people use RSS readers compared to social bookmarking services, round about a third of those interviewed in both surveys expressed a wish to use them in the future.
END_OF_DOCUMENT_TOKEN_TO_BE_REPLACED

The Information-Technology Promotion Agency, Japan, or IPA for short, or even æƒ…å ±å‡¦ç†æŽ¨é€²æ©Ÿæ§‹, jouhoushorisuishinkikou in Japanese, just published their lists of the top ten threats to information security in Japan in 2005 (Japanese PDF).

Please follow the linked articles to find out more information about each vulnerability. Please also read my recently-translated survey on the use of Winny and other P2P software.
END_OF_DOCUMENT_TOKEN_TO_BE_REPLACED

infoPLANT recently conducted a survey regarding iMode users’ use of pay sites. As usual for infoPLANT, this survey was conducted via a public survey from within the iMode menu system. The survey was open for 12 days over Christmas and the New Year, and they received 6,366 valid responses, 61.1% of them from females.

As a side note, I myself recently signed up with this menu option (Toku-suru Menu) but I never actually saw any questionnaires that I could fill in and win, just a maze of twisty little passages leading to semi-spammy mailing lists!

Note that if you calculate the number of people subscribed to ring-tone sites relative to the total sample size, you find out that 34.4% of the total repsondents pay for ring tones, be it either on a one-off basis or on a monthly all-you-can-download plan. There are another 17.6% who pay for ring tunes, higher-quality music for their phone, but since there will be a number of people who pay for both services, it is difficult to estimate the total percentage that pay for music on their phones.
END_OF_DOCUMENT_TOKEN_TO_BE_REPLACED

Thoughts on my first month

Well, it’s now been just about a month since I started this blog, so I think a short retrospective is in order. First, the good stuff: Registered with most of the main directories and search engines Even getting some hits from above Done a lot of interesting (to me anyway) Read more…