Thinking about it, I haven’t been to an Indian for ages, and I’m getting all hungry translating this survey into naan awareness.

I’m naan all the way, especially as in Japan long-grain rice is a bit of a rarity, and Japanese native short-grain rice does not go well at all with Indian curry. Japan’s native “curry”, usually just a spicy stew, does work well with native rice, but even though I quite often eat it at home, I wouldn’t pay good money to a restaurant for it.

Here’s a random curry and naan from a random restaurant in Tokyo; although at first glance the photo could be from anywhere in the world, the wet towel, the bill on the table, and the gum syrup for the ice coffee, perhaps, in the metal tumbler all point to Japan: 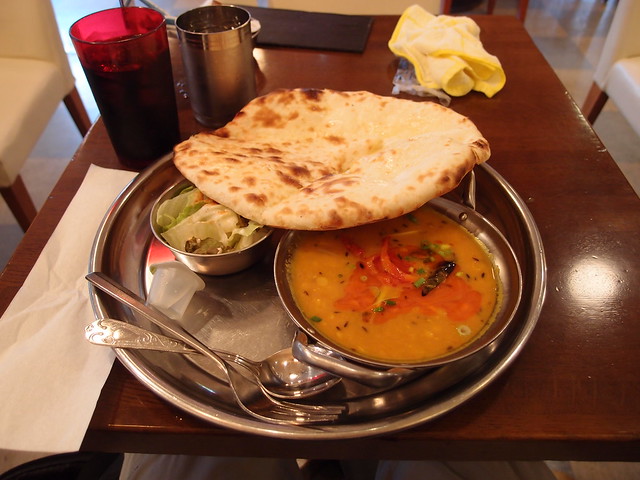 END_OF_DOCUMENT_TOKEN_TO_BE_REPLACED

Majority of Japanese kids have dinner without father

The free infant care magazine miku recently published a survey titled preventing second-hand smoke, although most of the survey was actually about mealtimes.

This summer I’d be in the “other” category for breakfast. I’m usually toast in winter, cereal in summer, but this year I’m on energy bars.

Here’s a typical traditional Japanese breakfast, although this typical of what is served at traditional inns; I don’t know how many of the 40% who eat rice-centric breakfasts actually eat something as grand as this: 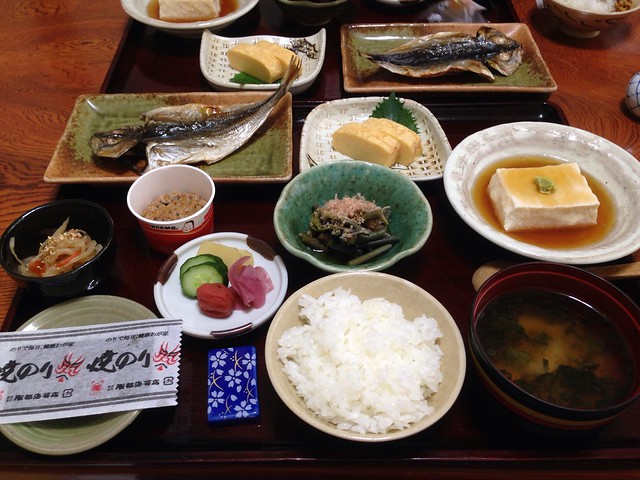 END_OF_DOCUMENT_TOKEN_TO_BE_REPLACED

The two soul foods of the west of Japan are okonomiyaki, a sort-of savoury pancake, and takoyaki, a ball of dough with octopus testicles inside. This survey from @nifty looked at what the whole country thinks of okonomiyaki and takoyaki.

I love okonomiyaki; it’s great on a hot summer’s evening in front of blazing hot plate with an ice-cold beer or three. My first few years in Japan I ate it at least twice a week at a local shop, as it was one of the few easy vegetarian meals even with little language, as they cook everything right in front of you.

I’ve never had takoyaki, however. It always smells too strong for me, and the dancing fish flakes look quite unappetising! 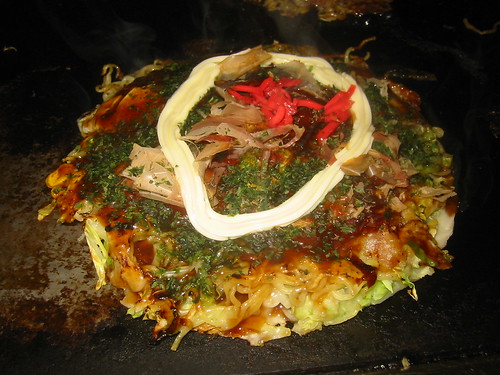 END_OF_DOCUMENT_TOKEN_TO_BE_REPLACED

Pak chi (cilantro) disliked by almost half the Japanese

This survey from @nifty looked at Chinese and other Asian dishes.

I’ve not tried much Chinese food in Japan, but it does have the image to me of being like the cheap carry-outs I remember from Scotland. I’ve not tried much Korean either, but I’ve at least had a reasonable number of the South-East Asian dishes.

There’s a Bamiyan Chinese restaurant just one minute walk from my house, but I won’t go in: it’s half smoking with very little separation, and anyway, I have some degree of misophonia, with noodle slurping being my biggest pet hate (excessive plastic bag rustling in the train is another), so I couldn’t possibly enjoy any food.

I rather like pak chi; I think the first time I encountered it was a Vietnamese restaurant in Shinjuku, and since I’ve also had pak chi crisps (nice!) and pak chi lemonade, which was interesting. 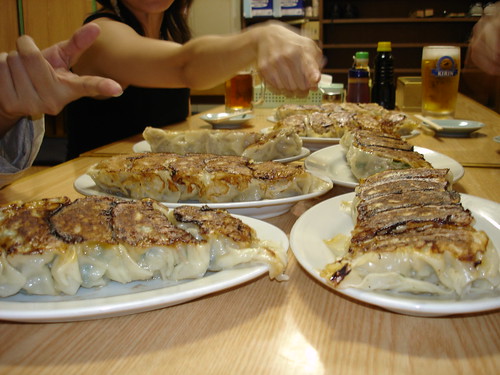 END_OF_DOCUMENT_TOKEN_TO_BE_REPLACED

Bad table manners in others that Japanese cannot abide

The survey was conducted from the 24th to the 27th of December 2013, and 1,076 people completed a private web-based questionnaire. Note that the score in the results refers to the relative number of votes for each option, not a percentage of the total sample.

Here’s a random foreigner doing a number 10 and perhaps 20 too, as the middle finger looks a bit out of alignment.

Pretty much all of them annoy me to a certain exten; on the other hand, I can also be guilty of 3, 4, both 12s, and 17, although since 17 is a no-no in the west, it’s a difficult habit to break.
END_OF_DOCUMENT_TOKEN_TO_BE_REPLACED

japan.internet.com recently reported on a survey by goo Research into eating and drinking establishment usage, with this article focusing on web sites used for getting such information.

I don’t really use these web sites much, as I tend to just visit a few regular places, and these places don’t have coupons that I can use. However, for work events our usual organiser uses mostly Gurunavi, and occasionally Tabelog.

As you can see if you follow the links, Gurunavi is the only place with English, although much of it is machine-translated and -transliterated, so the restaurant names come out rather wonky. Picking one from their selection for the day, it is listed as YAKINIKUDEN YUNIBAHSARUSHITEIWOHKUOOSAKANAITEN, but writing that as “Yakiniku Den Universal City Walk Osaka Naiten” would surely be more understandable!
END_OF_DOCUMENT_TOKEN_TO_BE_REPLACED

A recent survey from goo Research that for a change wasn’t the first in a new series looked at online shopping for foodstuff, and was reported on by japan.internet.com.

My wife most often buys rice online, as carrying 10 kilos back from the supermarket on the train is out of the question! Next would be cakes, although she hasn’t bought much recently. Her favourite shop is R.L Waffle, but they have a shop in the department store at the next station down the line, so I’m not convinced that it’s actually any cheaper (my season ticket makes the train ride free, versus the cost of chilled delivery) and certainly not really that simpler, although they usually do chuck in a freebie or two along with the order.
END_OF_DOCUMENT_TOKEN_TO_BE_REPLACED

With Golden Week upon us, and with it also being the last holiday for toll road discounts, there will be a lot of people out and about in their cars, and many will be stopping at a service station to eat, where they might have their last chance for a while to try out curious local foods at motorway service stations. I’m on holiday, so you’ll have to make do with silliness for the time being!

All the foods link to images or videos of the food.

Can’t say there’s anything there I’ll be rushing out to eat, and number 18 looks a bit suspicious…
END_OF_DOCUMENT_TOKEN_TO_BE_REPLACED

goo Ranking took a look at what aspects of Japan’s food culture they think foreigners would find strange. Note that here the foreigners implies non-Asians, as there are many aspects listed below that are shared with Korea and China, for instance.

Over the 18th and 19th of February 2011 1,097 members of the goo Research monitor group completed a private internet-based questionnaire. 67.6% of the sample were female, 6.8% in their teens, 21.0% in their twenties, 32.1% in their thirties, 24.0% in their forties, 9.0% in their fifties, and 7.1% aged sixty or older. Note that the score in the results refers to the relative number of votes for each option, not a percentage of the total sample.

Above is kusuya, and a video of number 10, live fish sashimi, may be watched by following this link, if you feel up to it.
END_OF_DOCUMENT_TOKEN_TO_BE_REPLACED

Home delivery food too expensive for many

Here’s another delayed survey from DIMSDRIVE Research, this time looking at food home delivery, which finds out that pizza is still Japan’s favourite delivery food.

I haven’t ordered home delivery for ages and ages, probably almost two years, because none of the pizza shops take credit cards, and once you add in all the side dishes, etc, it’s just as easy and slightly cheaper to go and eat out.
END_OF_DOCUMENT_TOKEN_TO_BE_REPLACED