Amazon happenings that Japanese can relate to

I’m not a big Amazon user, but I can still empathise with many on this list of Amazon happenings.

Last night I saw a news item on the dark side of Amazon and other net shopping; many areas that had already lost local shops to superstores were now losing the remaining shops to Amazon and similar services, so older folks who are either not comfortable with (or even capable of) net shopping or prefer the human touch now had few places to shop, and in particular fresh vegetables were difficult to come by.

I’m sure that I could save about 20 minutes a day by doing net shopping, but I still don’t trust the quality of fresh vegetables that one might get, and I like the physical experience of browsing the salad and side dish corner to see what looks nice or is on discount each day.

As for Amazon Prime Video (or NetFlix, etc), I just don’t have any urge to watch! 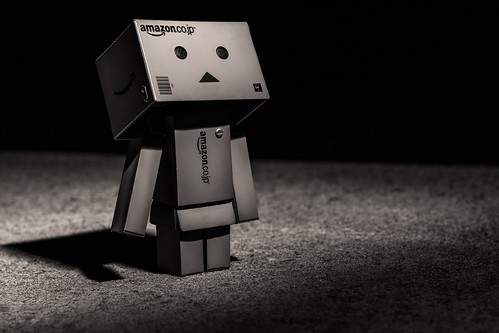 END_OF_DOCUMENT_TOKEN_TO_BE_REPLACED

With the electronic book market beginning to heat up in Japan, this recent survey from goo Research, reported on by japan.internet.com, into electronic books and electronic book sellers found that the recent announcements from Sharp and Sony were fresh in many people’s minds.

I’ve never heard of the Kobo, although it seems to be Canadian rather than the seemingly Japanese name it has.

Furthermore, I of course knew about Amazon selling e-books, but I’d never heard of the rest.

Everything I hear about the Kindle sounds good, and if I did slightly more travelling (or slightly less blogging!) I’d buy one. If the Japanese ones have managed to get a lot of publishers on board, and if the price of individual volumes is cheaper than the paper versions, I’d be inclined to get one for the wife, just so we could tidy up a lot of the clutter of books!
END_OF_DOCUMENT_TOKEN_TO_BE_REPLACED

A recent survey from Marsh Inc, reported on by japan.internet.com, into online shopping found that Rakuten was the top online shop, used by over two-thirds of the online shoppers in this survey.

I know I’ve previously slagged off Rakuten as a bunch of spammers and toolbar pushers, but they do actually have good shops there, and at least it’s just my wife who has to deal with the spam! Our latest purchase was a lucky bag of organic vegetables for 777 yen delivered straight to the door. That’s about half the price that it might have been at a supermarket.
END_OF_DOCUMENT_TOKEN_TO_BE_REPLACED