From kimono to keitai; research Japanese facts and figures through translated opinion polls and surveys.

Just before the rainy season got fully underway (which will be soon followed by the typhoon season), the physical security firm SECOM conducted a survey into disaster prevention.

Anime with the most shocking first episode

I’ll have to take this survey on its word due to my general ignorance of anime, but there are a number of curious titles in the results (That Time I Got Reincarnated as a Slime?!) of the serialised anime with the most shocking first episode.

Actually, I know the first three titles, and have actually watched two of them; regarding Attack on Titan, a couple of weeks ago my wife’s cousin related a story of how her son suffered a serious todger bite due to his six year old cousin having watched too much of the R-15-rated show on YouTube. The kid’s mother forbade the show, but was fine with Demon Slayer (Kimetsu no Yaiba), until she saw a scene featuring a rather graphic decapitation.

Here’s some Titan unpleasantness to give you a taste…

Detective Conan is rather tame, but according to the blurb, the first episode included a rollercoaster scene where some of the riders got decapitated, and even though it was censored since it was in a prime-time slot aimed at kids, it was still rather traumatising, apparently. Here’s a link to the images.

What’s your most shocking one?
END_OF_DOCUMENT_TOKEN_TO_BE_REPLACED

Like the recent survey on Japan’s cutest cat breed, this survey from goo Ranking into Japan’s cutest dog breed finds a definite national bias, but in this case it is justified.

Shibe doge memes are as close as I’ll get to liking mutts, and all yappy rat dogs could disappear tomorrow and I wouldn’t shed a tear.
END_OF_DOCUMENT_TOKEN_TO_BE_REPLACED

The Pon De Ring is my favourite doughnut too. The regular is my choice if they don’t have their frequent seasonal options; kinako (soy bean flour) is my favourite variation, and the less common green tea ones are also excellent. Second for me too is the Old Fashion; the chocolate on the Chocolate Fashion is a bit too heavily processed for my liking.

I’ve heard a number of foreigners complain that Mister Donut’s offering are too small and not sweet enough, but conversely I’ve tried Krispy Kreme’s and they are to my palate disgustingly sweet and heavy.

Here’s a sample Mr Donut offering. From the left is a French Cruller, Pon De Ring, and maybe an iced Angel Cream? Oh, and the hot cafe au lait and black coffee are free refills! 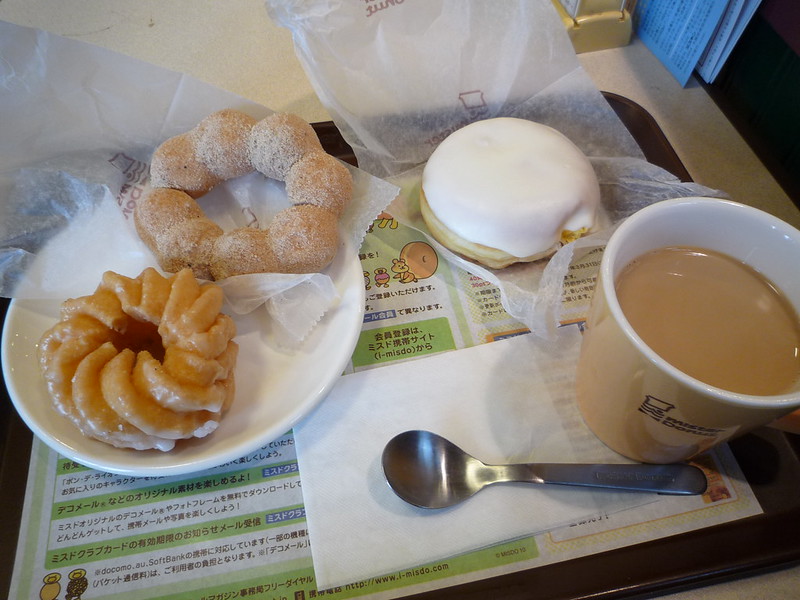 END_OF_DOCUMENT_TOKEN_TO_BE_REPLACED

Two-thirds of Japanese disagree with holding the 2020+1 Olympics, Paralympics

Personally, I think the Olympics should be treated as going ahead next year, but this survey from NHK (Japan’s public broadcaster) into the 2020 Tokyo Olympics and Paralympics (PDF) found that I’m in the minority on this issue.

I’m moderately interested in the Olympics, but not enough to have applied for tickets, though. I think that cancellation now would cost more than keeping everything ticking over until next year, but of course there’s the argument that COVID-19 will not have a vaccine or reliable treatment before next summer, so cancelling now is cheaper than cancelling next next year. Postponing to 2022, though, is most likely impossible, so it’s next year or never.

END_OF_DOCUMENT_TOKEN_TO_BE_REPLACED

This survey from goo Ranking asked the Japanese to choose their tastiest ramen chain.

Despite having lived here for over 20 years, I have never actually eaten ramen (outside of dried ramen at home), and have only once been in a ramen shop where I had some fried rice. The food looks too greasy for me, and as a person brought up with strict manners about eating one’s food silently, the slurping of noodles is extremely unbearable!

Most other foreigners seem to love the stuff; what’s your favourite chain?

Almost two in three Japanese skive off when teleworking

Not that I think there is anything inherently bad about taking a breather now and then, and it’s not as if people are working solidly 9 to 5 when in the office. This survey from Bizhits into skiving while doing remote work (full survey here) also revealed what problems people have working from home.

I’m working from home, so just in case my boss is reading, I’ve never skived, oh no.

My main concern is that my work environment is pretty awful; a low table, tiny notebook computer screen, and a very uncomfortable mouse setup that is not doing my wrist any good.
END_OF_DOCUMENT_TOKEN_TO_BE_REPLACED

One of the ever-popular pocket money snacks in Japan is Umaibo, literally “Tasty Stick”, a 10 yen 10 centimetre or more stick of puffed corn. This survey from goo Ranking asked people to choose their tastiest tasty stick.

I’ve never actually bought one, but occasionally I’ve got free ones handed out with advertising leaflets or other small-scale promotions.

I think I’ve only eaten the standard corn flavour, but since I wasn’t brought up on the snack, it left zero impression on me. The cinnamon apple pie one sounds interesting though.

This is not actually an Umaibo, but instead an Umaibo-branded bath salts that is sold in very similar packaging to the real thing, which contains not surprisingly corn extract as the main active ingredient. 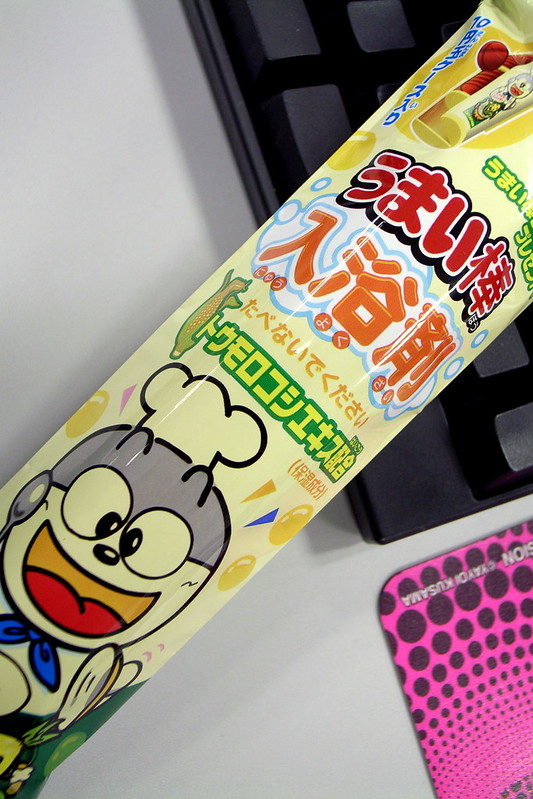 END_OF_DOCUMENT_TOKEN_TO_BE_REPLACED

A long time ago I used to use paid-for virus checking, but ever since Microsoft moved into the business I’ve never felt the need for extra protections that don’t do much except permanently slow down the computer. At the office we have Virus Buster which runs every day at 12 noon and would bring slightly older machines to their knees for the following two hours, which is enough to put me off ever voluntarily installing such software.
END_OF_DOCUMENT_TOKEN_TO_BE_REPLACED

I’m not a fan of sugary fizzy drinks, so this list from goo Ranking on the best Fanta flavour ever has lots I have never heard of.

Actually, there’s one sugary fizzy I like, Ginger Ale, but I’m kind of disappointed that there’s no Fanta Ginger in the list. Googling it, there seems to have been such a flavour abroad, but it never made these shores.
END_OF_DOCUMENT_TOKEN_TO_BE_REPLACED