Contactless payments, be they IC chip or barcode-based are perhaps becoming more popular due to COVID-19 making physical cash a potential transmission vector, so this survey from MMD Labo into smartphone QR Code-based payments may reveal some trends in Japan.

I mostly use smartphone-based public transport IC chip-based payments, JR East’s (the major train operator in the Tokyo area) SUICA. Once in a blue moon I use QR Code-based methods, the mobile phone operator Docomo’s dBarai system, and I once got 500 yen free credit from FamiPay.

END_OF_DOCUMENT_TOKEN_TO_BE_REPLACED

This survey from MMD Labo looked at many aspects of online financial transactions in Japan. Note that the topic is banking and investment-related transactions, not ordinary online shopping.

I don’t do any financial transactions online because, as is tradition in Japan, I leave all the money stuff to my wife.

In Q4, I am very surprised by the result that over half use QR or bar code-based payment methods, yet less than a third use IC Card contactless, given that almost every phone sold in Japan is contactless-ready (mind you, they are also QR Code-ready) and my experience with trains is that the vast majority are using some form of contactless payment, although I suppose since I travel mostly on commuter lines in the big city I have certain observer bias.
END_OF_DOCUMENT_TOKEN_TO_BE_REPLACED

Almost half of Japanese understand virtual currencies to some extent

i’m very sceptical about virtual currencies and wouldn’t recommend investing anything you aren’t prepared to lose 100% of your investment, a quite probable outcome due to either your own mistake, a local software bug, an exchange running off with your money, etc, etc. Furthermore, due to the unregulated nature many of the exchanges engage in dodgy market-fixing activities that benefit them, not you.

Bitcoin exchanges are popping up all over in Japan, with adverts like this to be seen in trains: 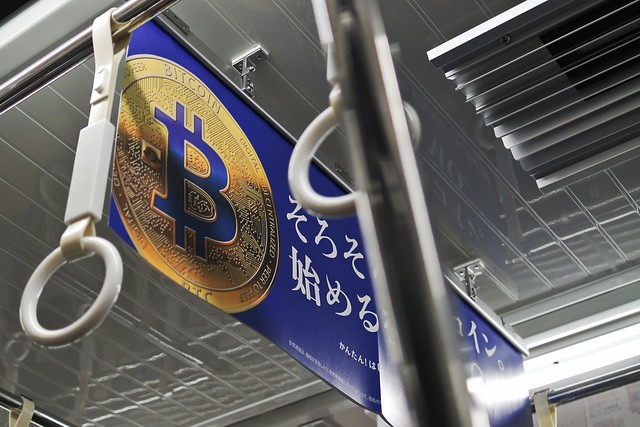 END_OF_DOCUMENT_TOKEN_TO_BE_REPLACED

I use my Suica card on my smartphone, and WAON plastic – I’ve tried migrating it to my phone, but I need to input a phone number to register it, but I cannot remember what one I used… I auto-charge my WAON; this feature is that when the balance falls below 3,000 yen, if I use at certain shops, mainly Aeon group companies, it automatically refills with another 3,000 yen. I don’t know if Suica offers that feature on their mobile app, as it has an utterly dreadful interface.

Here’s a WAON train with their mascot dog, although you cannot use WAON to ride a train:

END_OF_DOCUMENT_TOKEN_TO_BE_REPLACED

Scams, fraud and other negative stories keeping Japanese away from Bitcoin

I personally wouldn’t touch Bitcoin with a barge-pole, and as a regular reader of /r/Buttcoin and its sister sub-reddit /r/SorryForYourLoss I know all too well of the scam artists and frauds that infest the virtual money world.
END_OF_DOCUMENT_TOKEN_TO_BE_REPLACED

Today is a rather ordinary survey, a regular look by NTT Com Research (ex-goo Research) into electronic cash, their fourth regular survey into this topic.

I have a bit of confusion over the numbers here; there is a clear statement that from the 1,065 in the sampe, 336 were non-users of electronic cash, a figure backed up by the sample size for Q2. However, this means 31.5% were non-users (this percentage is also mentioned in the text), but in Q1 it is 28.0% from the full sample that say they are currently non-users.

Instead of a graph, here is Hello Kitty dressed up as the duck-billed platypus mascot for Osaka area JR railway IC card. 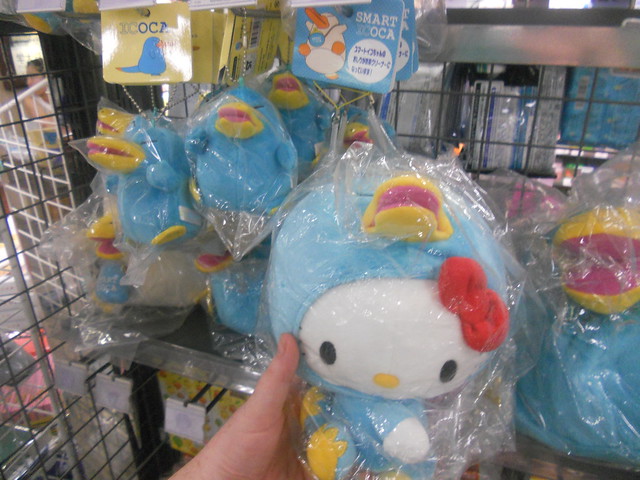 END_OF_DOCUMENT_TOKEN_TO_BE_REPLACED

internetcom recently reported on a survey by NTT Com Research (formally goo Research) into electronic cash, their third regular look at such a subject. 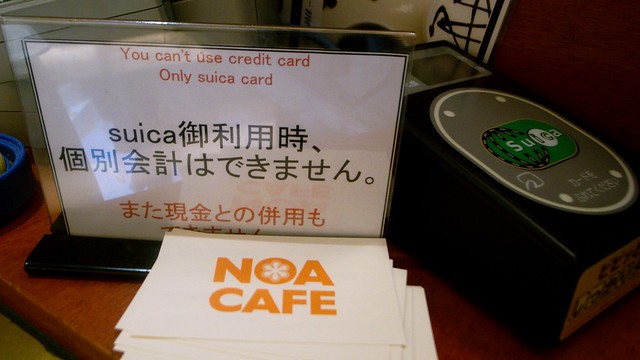 Hankyu Stacia, if you must know) public transport-related IC card, but since my recent move to the Tokyo area I’ve switched to Suica via my mobile phone, not a credit card. My second card was a WAON card, but in my new area there are fewer opportunities to use it.
END_OF_DOCUMENT_TOKEN_TO_BE_REPLACED

For their report on goo Research’s fourth regular survey into electronic money, japan.internet.com took a look at an interesting aspect, the potential for discounted rail fares when using electronic cash.

With sales tax going up from 5% to 8% in April, although currently all train tickets are rounded to the nearest 10 yen, some transport operators are planning on increasing fares by exactly 3% (actually by 2.857%, but you know what I mean!) then rounded to the nearest yen, but only for electronic cash users. As most of the ticket vending machines cannot handle one and five yen coins, for cash users the tax increase will be rounded up to the nearest ten yen.
END_OF_DOCUMENT_TOKEN_TO_BE_REPLACED

japan.internet.com recently reported on a survey by goo Research into electronic cash, and found that the most common usage was where being quick was important, such as at train stations, convenience stores, and small transactions to avoid fighting with change.

The numbers do suggest that electronic money is well-established here in Japan. I use one card, only, Hankyu Stacia, from a local railway, department store, shopping centre, baseball team, hotel etc operator, mostly for saving me fiddling about at ticket machines, but also occasionally at convenience stores and rarely at vending machines. It also has the benefit (from my point of view, at least) of being a post-pay system – there is no stored money; they are closer to credit card transactions. Mind you, given that most if not all electronic cash cards tied to credit cards have auto-charging features (that is, when your stored balance gets below a certain point when you pay for something, a debit from your credit card account is automatically added to your stored balance) the benefits of post-pay are I suppose minimal!
END_OF_DOCUMENT_TOKEN_TO_BE_REPLACED

A recent survey from goo Research into electronic money used a rather narrow demographic of young male salarymen to produce its results.

My main credit card also works for electronic cash and my train ticket in postpay mode. I’m also very aware of gathering points, as at Hankyu group shops they print out your current point totals on the card when you shop. For my other credit cards, points are only printed on the monthly statements, so I tend to ignore them.

Just as a note, prepay systems are where you fill up your card with cash (some systems automatically debit your credit card) then spend the balance sitting in the card. Postpay systems are more like ordinary credit cards; there is no cash in your card, and at the end of the month you get a statement summarising all your transactions. I’m a postpay fan myself.
END_OF_DOCUMENT_TOKEN_TO_BE_REPLACED