Wasabi the food Japanese most came to like as adults

Here’s a fun survey from goo Ranking on foods people came to like as adults.

The most hated foods (I would guess) from both sides of the Atlantic don’t make in onto this list. In the UK, Brussels sprouts were definitely something I disliked greatly as a kid, but they are very rarely seen in Japan to feature anywhere on the list. Broccoli on the other hand is very common in Japan, and in fact for the film Inside Out, Pixar replaced the broccoli scene with peppers!

I’m not sure what exactly the difference between the two types of perilla is; oba is a whole leaf, I believe, but shiso might refer to either the purple variety or the dried type that is sometimes used in rice toppings, I think.

As to why apple pie is on the list, though, I have no idea!

Here’s some fresh wasabi, which I still dislike; to the left is nagaimo, which will end up as 48, grated yam, another dislike of mine, along with other sticky vegetables like okura (that’s another omission from the list!): 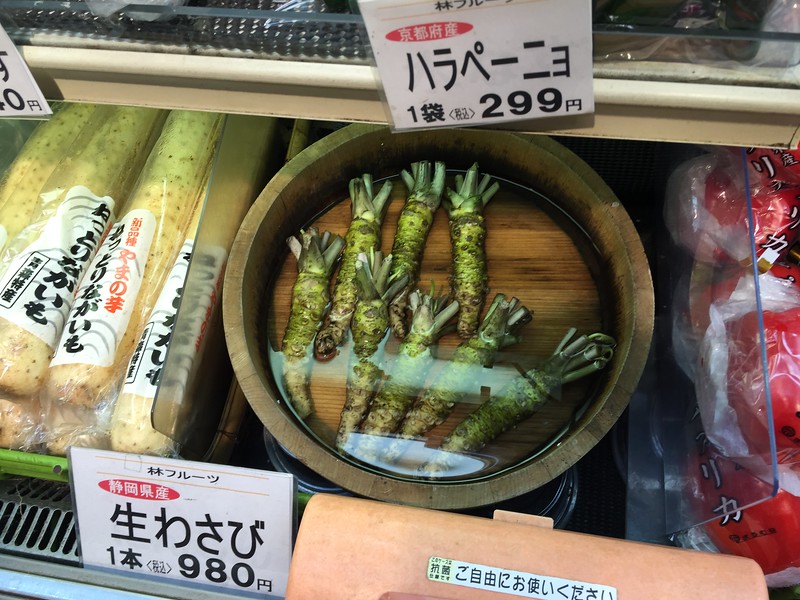 Between the 25th of December 2018 and the 8th of January 2019 2,235 visitors to the goo Ranking site and associated properties completed a public questionnaire. No demographics were collected.