goo Ranking recently reported on a survey into regrets on buying items at a 100 yen shop.

goo Rankings asked iBRIDGE’s Research Plus to conduct this survey, where between the 19th of January and 2nd of February 2015 500 members, 50:50 male and female, of their monitor group completed a private internet-based questionnaire. No further demographics were given. 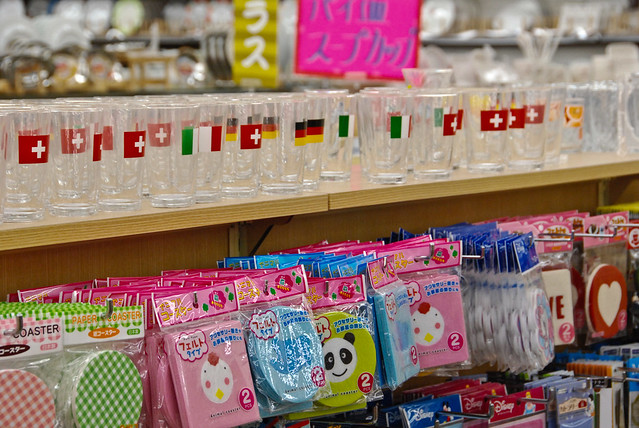 I’ve had many successes than regrets at the 100 yen shop, but sellotape is one of the worst choices; the tape is too tough to rip by hand, but the glue too weak. I really cannot think of anything else right now, especially as when I recently moved about half the new items of furnishings and fittings I bought were probably from various 100 yen shops. My best was a shower curtain I repurposed into two curtains for the bathroom windows, using 100 yen poles to hold the curtain, then I used the remaining curtain to cover a glass door leading on to the bathroom.