Starting about two weeks ago, Japan Today has been publishing video ads through Google AdSense for the Church of Scientology, much to the annoyance of some of their readership. Although it is perfectly easy for Japan Today to block these advertisements (despite claiming they cannot – see the 434th comment labeled “sailwind at 11:45 PM JST – 19th April”), the adverts ran for at least a week indicating that the management at Japan Today prefers the income over any hackles promotion of that wonderful organisation might raise within their audience.

(As a side note, I posted a follow-up message to point out that the JT Editor was wrong in his or her observation about being unable to block advertisements, but they deleted my message.)

Next, they ran an open thread on why people join cults, which more than a few of the regulars found quite ironic considering they had been running adverts for the not in the least bit cultish Church of Scientology.

However, the final straw was the commentary piece published today, Japan in need of moral education, by Peter Zimmatore. I read it and thought the whole article sounded a bit fishy, so I did a web search for the Metempiric Foundation and turned up just one other hit, an event that sounds like some sort of vaguely religious gathering. This caused me to merely roll my eyes, but searching for the author’s name turns up a lot of Scientology-related hits. Whilst I fully understand that there may be other people in the world with the same name as him and I am most willing to be corrected in my assumptions, I can only conclude that this article has been written by a member of the Church of Scientology.

Further evidence from the article includes:

This was a transplant from the world of therapy (Carl Rogers/Abraham Maslow) and their psychology-based influence.

The Church of Scientology is well-known for its opposition to both psychiatry and psychology.

For teenagers and young parents, we need to have a technique that makes them able to confront and handle the defects they have developed and to redirect them to the need and desire to want to live a virtuous life.

Why is Japan Today publishing articles that have a hidden agenda? Is it willingly or unwittingly supporting the Church of Scientology? I have emailed the editor of Japan Today to ask him or her to clarify the web site’s position, but I am yet to receive a reply. However, I did notice that they deleted three comments by people making jokey comments directed at the aforementioned article appearing to be a Scientology plant, which is not a good sign.

Update: Between writing this article and publishing it, Japan Today has seen fit to remove all bar one comment (perhaps they missed that one?) associating that article or the author with the Church of Scientology, using not the usual method that sends an email to the comment author with a reason for deleting, but with a purge that does not notify the poster.

Japan Today is also in need of moral education. Was Japan Today paid to publish that commentary? A more honourable site would have at least left the comments standing to help the reader understand where the article is coming from.

How will this affect your usage of Japan Today?

Note: Although I am no fan of Scientology, they have the right to a presence on the internet and to try to publicise their message. It is Japan Today alone that I hold responsible for this.

That’s a nice one! Being held responsible for allowing people to publicise their views …

Japanese press on the Ady Gil

I picked up an evening paper today in Japan and this is what I saw: The big headline in the middle is the Japanese transliteration of gotcha. Subheading inspired by Kill an Argie, Win a Read more… 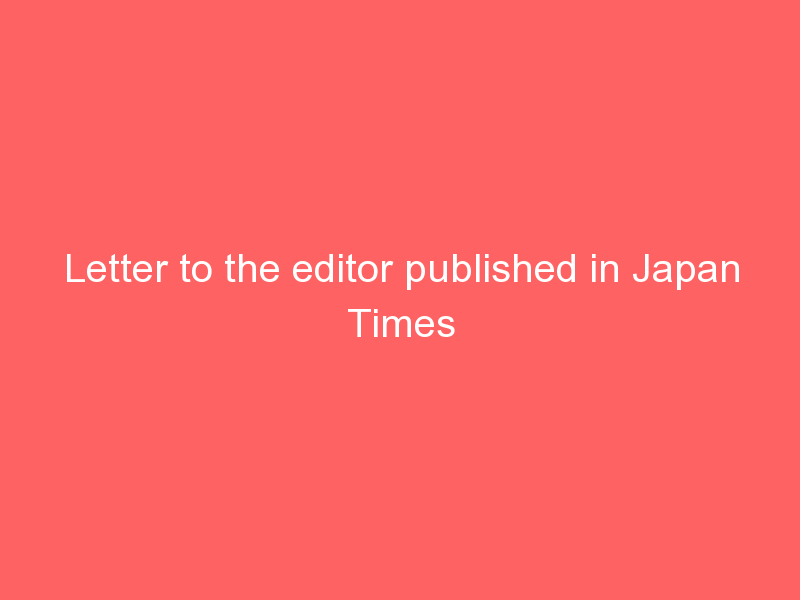 Letter to the editor published in Japan Times

In response to an article from Debito Arudou on discriminatory foreign persecution in the Japanese legal system, I just had to write to the editor to tell them what I thought about the article: Debito Read more… 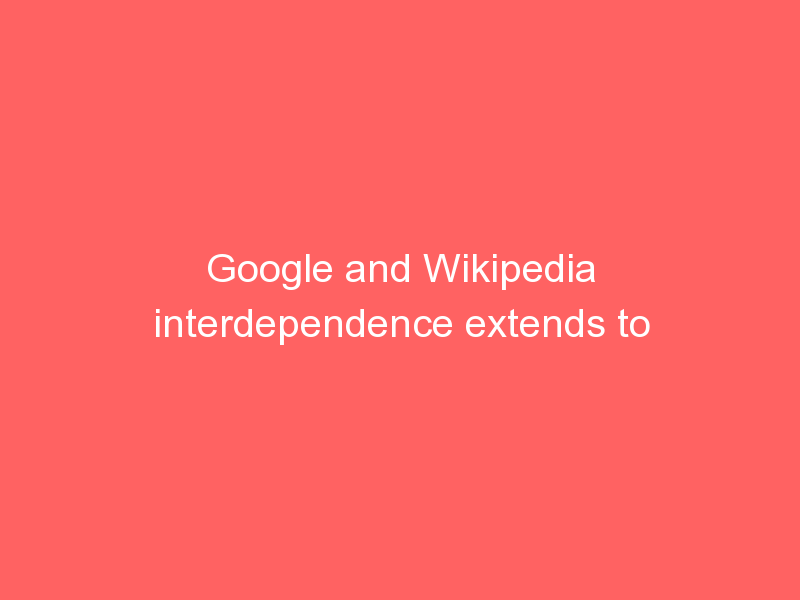 As the author of the Wikipedia nofollow WordPress plugin, I’m always on the lookout for stories about how Google and Wikipedia are getting on with each other. Recently I spotted this story on The Register Read more…