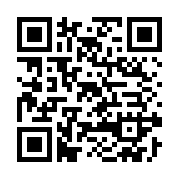 According to this survey published by infoPlant, QR codes are very well-known and widely used. One word of caution, however, is that this survey, carried out at the end of August, had the respondents self-selected from a link in the DoCoMo iMode menu system. 7,660 people completed the survey, 5,023 of them women, so naturally one would expect a strong bias in favour of the question.

Note that the QR Code at the head of the story was made for free at the web site here.

Looking at the age breakdown, for both males and females almost 90% of the under 20’s use them, but the rate steadily drops down to end up at just about half of all the over 50s.

Q: For those who answered that they used them, in what printed materials have you used QR Codes? (Sample size=5,513)

There was no significant differences between the sexes, except for almost two and a half times more women used mail-order catalog QR Codes.

Q: Which of the following QR Code-based services do you want to use? (Sample size=7,660)

Strangely enough, I thought, those who answered in the first question that they didn’t know what QR Codes were didn’t want to use any services at all, on the whole. Almost two-thirds of that group answered “Don’t want to use” to the above question.

If you want to create vector QR codes beside bitmap QR codes you can do this using free online tool at: http://qrcode.good-survey.com. You can choose between various data types, we support also geolocation.

[…] products, websites, newspapers, magazines, posters, direct mail, outdoor ads, and even graves! In a Japanese survey, conducted way back in 2005, 73.3% of respondents advised that they had used QR Codes. Yet, despite […]

[…] codes, and itÂ is actually a pretty old technology, first developed in 1994 in Japan. And while 73.5 per cent of Japanese mobile users had tried QR codes by 2005, it has taken until recently for hand-held 3G handsets in the states to […]